Canada continues to welcome visitors from Antigua and Barbuda, while protecting the integrity of our immigration system and ensuring the safety of Canadians. Most approved visa applicants will receive a multiple-entry visa, which allows travellers to visit Canada as many times as they want, for up to 10 years. For each visit, travellers can stay for up to six months.

See the following article for more information on arrangements for travelers in transit and confirmed flights in the next two weeks.

Chief Executive Officer (CEO) of the Citizenship by Investment Unit (CIU), Charmaine Quinland-Donovan is assuring all industry participants, new citizens and the general public that the Unit will continue to operate in accordance with the Antigua and Barbuda Citizenship by Investment (CIP) Act 2013; the Antigua and Barbuda Citizenship Act CAP 22, all other relevant legislation and international best practices.

For travelers in transit

During the first 48 hours after the imposition, or until 5:29 a.m. June 29, the Government of Canada will be working closely with airlines to help facilitate travel for those who are already in transit to Canada.

To help speed up visa processing, citizens who are in Antigua and Barbuda and who have already booked a flight to Canada, departing on or before July 11, can send their complete visa application, along with proof that they purchased their flight before June 27, the appropriate fees and supporting documents, directly to the Visa Office in Port of Spain, Trinidad and Tobago, for priority processing. If they go in person before noon, their application will be processed that day. If they send via courier, their application will be processed within 24 hours.

Note that while these applicants will receive priority processing, they are not guaranteed a visa by their travel date and may need to make alternative travel arrangements.

For all other travellers, including those outside of Antigua and Barbuda and those with flights leaving after July 11, 2017

Most applications (about 80 percent) are processed within 14 days.

Note that having pre-booked travel plans or a previously valid eTA does not guarantee that a traveller will be issued a visa.

All lawful permanent residents of the U.S. need an eTA to fly to, or transit through a Canadian airport.

When flying to Canada, these travellers must travel with their U.S. Green Card and the valid passport that they used to apply for their eTA. When driving or arriving by train, bus or boat, Green Card holders do not need a visa or an eTA, but they will need to bring proof of their permanent residence.

Antiguan and Barbudan citizens can continue to stay in Canada for as long as they are authorized to do so. Study and work permits, as well as visitor records, remain valid.

However, those who plan to travel outside Canada and then re-enter will need to apply for a visa to return to the country.

After receiving much inquiry regarding the recent changes to eligibility requirements of dependent family members we would like to provide you with a summary of changes that have taken place in the Caribbean Citizenship-By-Investment programs in 2017.

At present the investor may include the following family members in his application, provided they meet the qualifying requirements:

The above changes will allow larger families to be able to apply together as part of the same application, significantly reducing the required investment amount.

In January 2017 Saint Kitts & Nevis CIU has introduced a much-simplified government fees structure within SIDF donation option, where the minimum contribution for a single person is USD250,000, for an applicant with up to 3 eligible dependents regardless of age – USD300,000 and the contribution for each additional dependent is only USD25,000. Previously charged additional government fee of US$50,000 for older children and elderly parents has been scrapped. This is a much welcomed development especially for large families, making Saint Kitts & Nevis citizenship significantly much more affordable for families.

Citizenship by Investment programs in the Caribbean continue to be among the most sought-after among Middle Eastern and Asian individuals on account of their strong passports, quick processing timeline of only 3-4 months and relatively affordable investment entry threshold. In addition to the visa-free access they provide to more than 130 countries, citizens can live, work and invest across the entire Caribbean Community (CARICOM), have access to an alternative place of residence in times of war or political turmoil as well as enjoy expanded tax planning options.

CSL is welcoming Triola Browne as a Country Manager based in our office in Dubai, UAE. Triola will be responsible for developing and supporting our MENA partners and clients. 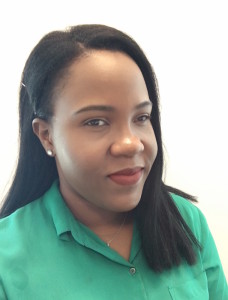 Miss. Browne can be reached at:

With a career focused on finance and accounting, Miss. Browne brought to CSL’s team more than 10 years of professional experience. Graduating with a Master of International Business, Miss. Browne has specialized in financial analysis, accounting and compliance. Her immigration expertise gathered over 4 years has been instrumental in now managing the office operations of CSL UAE. Over the past year, Miss. Browne has exclusively been committed to eligible individuals and families; matching them with their desire to become Global Citizens. In her role as Country Director, she is responsible for managing any operation in the Middle East region.